Disabling or Enabling a campaign

Add a User to a Role

Create or Edit a Role

Grant Permissions in the Role

Remove a User from a Role

How to Find Your DailyStory Beacon

Steps for hosting your own subdomain with DailyStory

How DailyStory integrates with Google Analytics 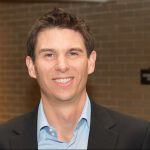 Updated 5 months ago by Rob Howard

Below are some frequently asked questions about Campaigns.

What is the recommended campaign structure?

For lead acquisition campaigns, we recommend first creating a campaign called General Campaign, and then creating campaigns for the specific activities you want to track.

DailyStory will handle assigning leads to the appropriate campaign based on their origination.

Can a campaign have duplicate leads?

Leads can be added to a campaign in two ways:

When using segments to populate a campaign it is not uncommon for a contact to exist in multiple segments. For example, a customer could be in the segments: "Customers", "2021 Conference Attendees", "Upsell Candidates".

When the segments are added to the campaign DailyStory will automatically remove duplicates so that a contact is in the campaign once.

Added through an acquisition tool. such as a web form

If your website uses a DailyStory form, popup, or magic form, it is entirely possible for a contact to get added to a campaign multiple times.

For example, if you have a contact us form on your website and you are using a DailyStory Magic Form to send a thank you message when the form is completed. It is completely possible that the same customer may complete that form multiple times.

After the first submission, subsequent leads added to the campaign for that contact are flagged as "Duplicate".

What happens when I delete a campaign?

Why don't I see my campaign when trying to assign it to an asset?

In order for a campaign to be available to assign assets, it must be Active. Double check that you have enabled the campaign in the campaign settings.

What is an "Unassigned" campaign?

How do I archive a campaign?

What happens when a contact is added to a campaign?

Why am I seeing this error message?

When there are no leads in a campaign and a message is scheduled, the following error message is shown:

The message may still be scheduled, but currently there are no recipients to send the message too. Check your campaign settings and ensure that you have leads assigned to the campaign.

How did we do?