Step 2: Bring in your contacts

Setting Up A Subdomain

Connect With Other Apps

Pausing or Unpausing a campaign 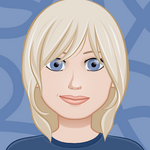 Updated 7 months ago by Christy Cook

Watch this quick tutorial video to learn how to create a campaign in DailyStory.

On the Campaigns drop-down menu, select Create Campaign. You can also go to the Campaigns page, and then select + Create from the Campaigns hamburger menu. The site displays the Create a Campaign form.

Determine whether or not to assign a follow-up task to yourself or to another user when new leads are generated in the campaign. Select one of the following options:

Determine whether the system sends email notifications to users when new leads are generated from acquisition features such as web forms, pop-ups, and the DailyStory API. Select one of the following options:

Determine if the campaign will run on a specified time period or indefinitely. Select one of the following options:

Additional campaign options include auto-qualifying leads, enabling or pausing the campaign, and customizing the tracking token of the campaign.

How Did We Do?